If you like, you may imagine that this looks like somewhat like the photo above, although the photo above was in fact just me peering out over the sea, while I generally just sit hunched over some form of keyboard when writing these posts.

In my eternal quest to avoid the new Gutenberg editor in WordPress (now at version 5.1.1), this and the previous post were typed up in Orgmode, and then copy-pasted from the Emacs-exported HTML.

Years of corruption, in most cases made possible by the current ruling party, the ANC, have left our electricity-producing monoply, Eskom, in shambles.

Billions of rands disappeared into the pockets of dishonest types, instead of being invested into the maintenance and upgrades of our power generation and distribution network.

The result of all of this, is that the country currently has to deal with stage 4 load shedding, which means that electricity is completely shut off for 2.5 hours, three times a day.

This has to be done in order to prevent a total grid shutdown, which would result in a two to three week national electricity outage whilst the grid has to be started back up again.

You can read more about the details in this Business Insider article.

Anyways, although there are many worse problems than this in the world today, these 7.5 powerless hours every day are a fairly visceral reminder of the utterly disappointing lack of integrity and leadership in our government.

At a more microscopic level, I am again spending far more time than usual on twitter, as this is where news about the electricity crisis plays out first.

Unfortunately Twitter, or Road Rage of the Internet as it has been called, does not contribute positively to one’s karma, which is the exact opposite of what is required here.

On the bright(ish) side, it does seem as if the whole drama is being adequately documented and analysed in the media.

Although there are fundamental issues at Eskom that need to be addressed, such as the fact that a state-owned entity has the monopoly over electricity production, I am optimistic that there are enough capable folks at Eskom, with spines, to band-aid the system back into operation.

I am less optimistic but still hopeful that this will result in deeper rectifications to both our power production strategy and, more acutely, the South African government.

On finding oneself in the most entirely wrong place for any sort of complaining.

GOU #1 left us for a week-long, zero-communication canoeing trip, along with about 60 of her fellow pupils, down the Orange River.

Although quite a challenge for our parental hearts, we did expect that this would be quite a valuable adventure for a 12 year old.

We were not wrong, but it sounds as if above-mentioned teenager experienced the adventure more like a week-long party with canoeing breaks thrown in for good measure.

While she was away, the rest of us spent the week on the East coast, in a beautiful coastal village called Morgan Bay.

To be more specific, we stayed at the Morgan Bay Hotel, a brilliant little family-run hotel at the core of the village.

The view from our room was not too shabby. In fact, it looked a little bit like this: 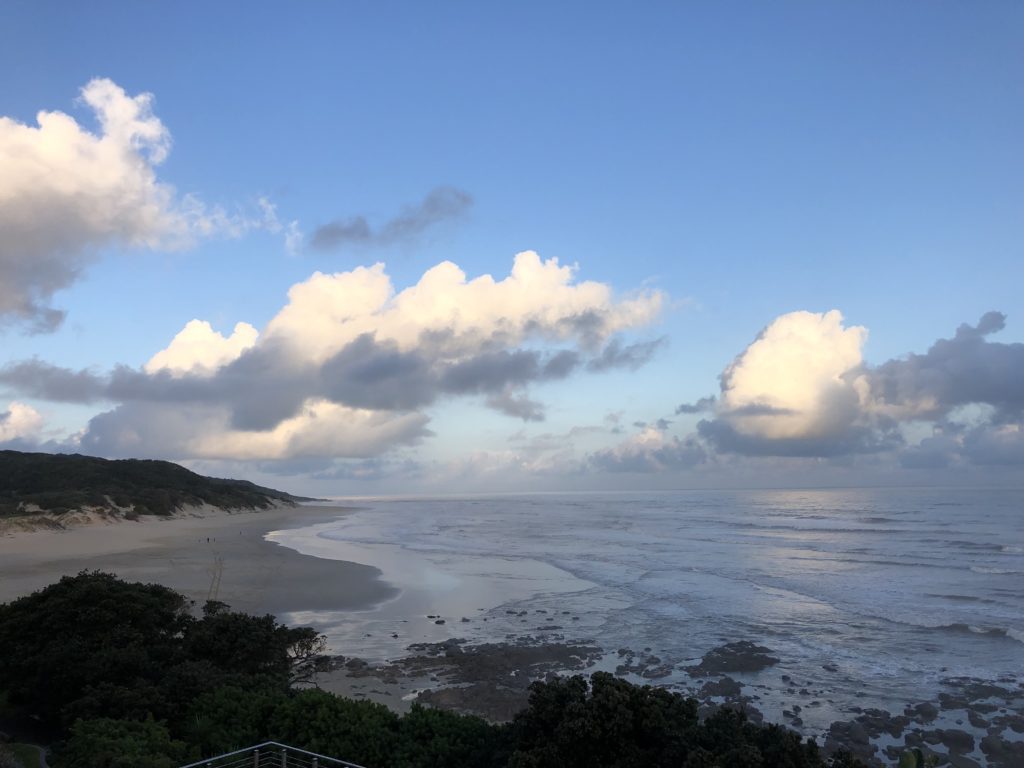 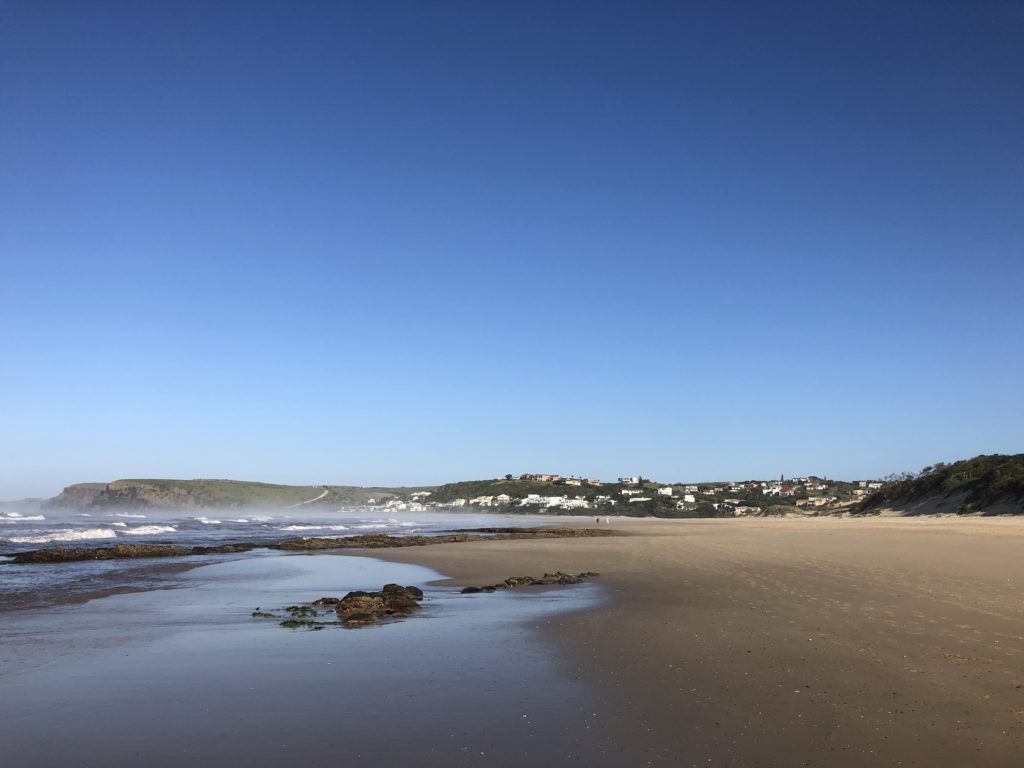 … and sometimes the World’s Worst Trail Runner (me), took on trails, in wet sandals, which were perhaps a tad too technical. See the following beaut for example: 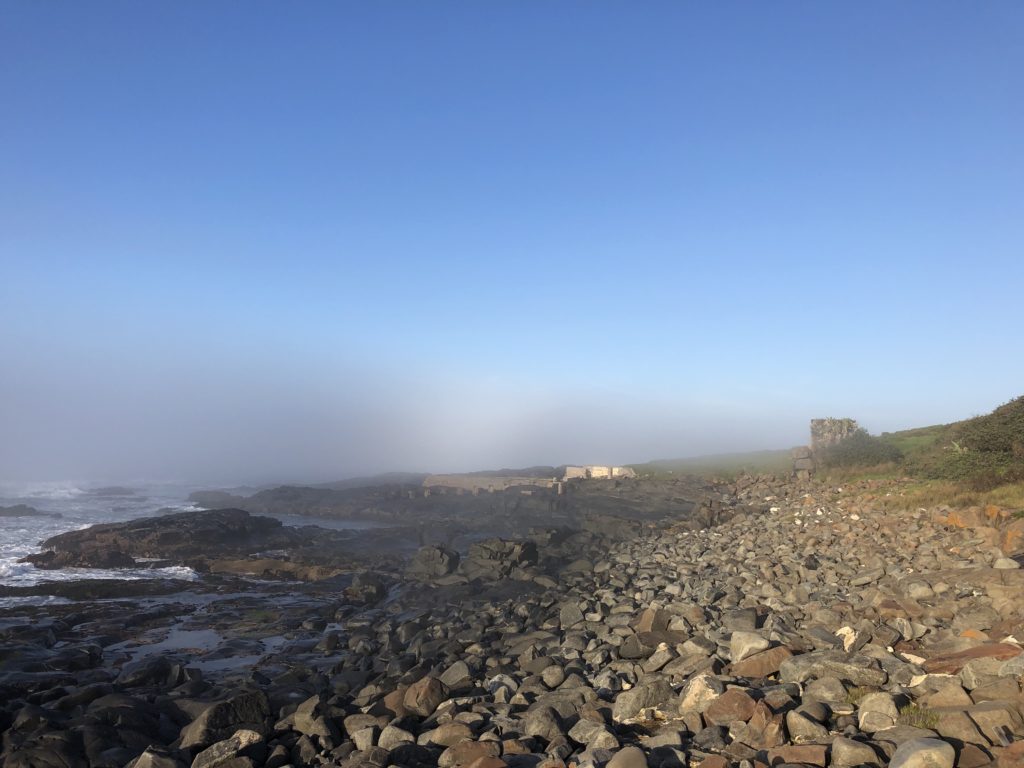 Under immense beer peer pressure, and in the presence of locally brewed craft beer on tap, I finally broke my 2.5 month long alcohol fast with an Emerald Vale Amber Ale.

The beer was tasty, and the moment was suitably bittersweet. 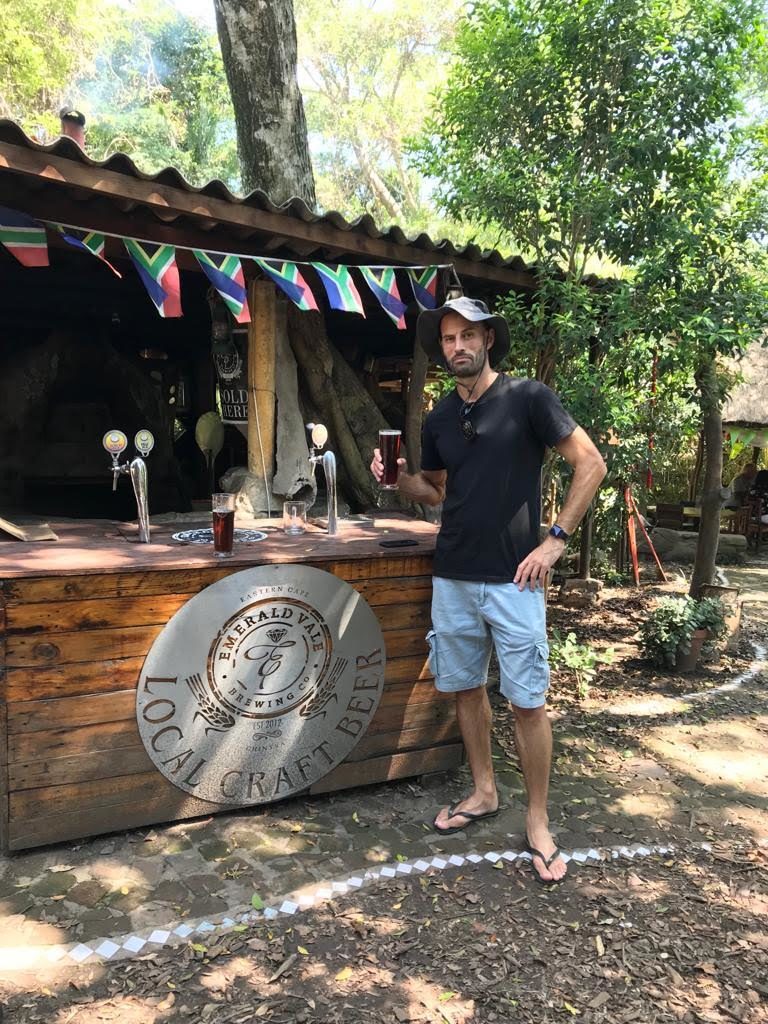 This is the pose one strikes when one is having mixed feelings about interrupting a great health streak with a potentially super tasty beverage.

I was happy to find after 10 weeks of zero alcohol that I could drink craft beer like a normal person, without any acclimatisation or noticeable ill effects.

However, thanks to consistently great sleep and subjectively more overall acuity, I will probably continue with zero (or very little) alcohol for a while longer.

If you’re interested in this (or anything else), pipe up in the comments!

I am happy that we ended up with family in Betty’s Bay this weekend.

The recent fires have stripped away so much vegetation that I was easily able to reach a spot I had never been able to navigate to before.

I made a panorama in which you can hopefully appreciate some of the devastation caused by the blaze:

Friends, I wish you a week filled with deep gratification!

As for me, I am planning to start my Monday with some project-related stress, but after that I will attempt to move smoothly into further evolving The System, with the specific goal of counteracting my current anger- and dopamine-driven twitter phase with deeper and longer inputs and thoughts.