This post right here is Monday April 3 to Sunday May 7, according to at least one of the homunculi in my head!

The first stop on our East Coast autumn break road trip was Storms River Mouth Rest Camp. With the Indian Ocean smashing the rugged rocky shores, one would have to be forgiven if one were to describe the surroundings as epic, because this really is.

After a FOMO run in the rest camp itself (PRIMAL INDIAN OCEAN SEA WIND IN THE FACE YEAH) we family-walked the first few kilometres of the Otter trail, me with GOU#3 on my back. Here’s one impression of the view we were treated with: 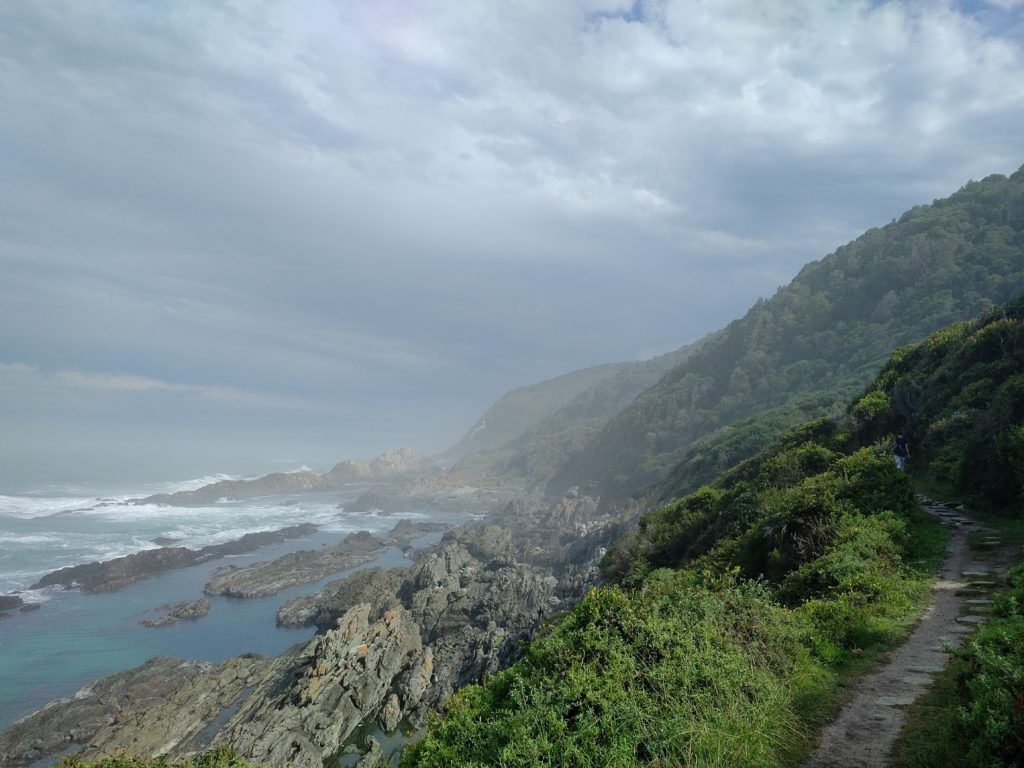 After the Otter-trail-taster and a short rest, we hiked through the coastal forest in the other direction, to the mouth of the Storms River. The mouth can be crossed via an awe-inspiring hanging bridge: 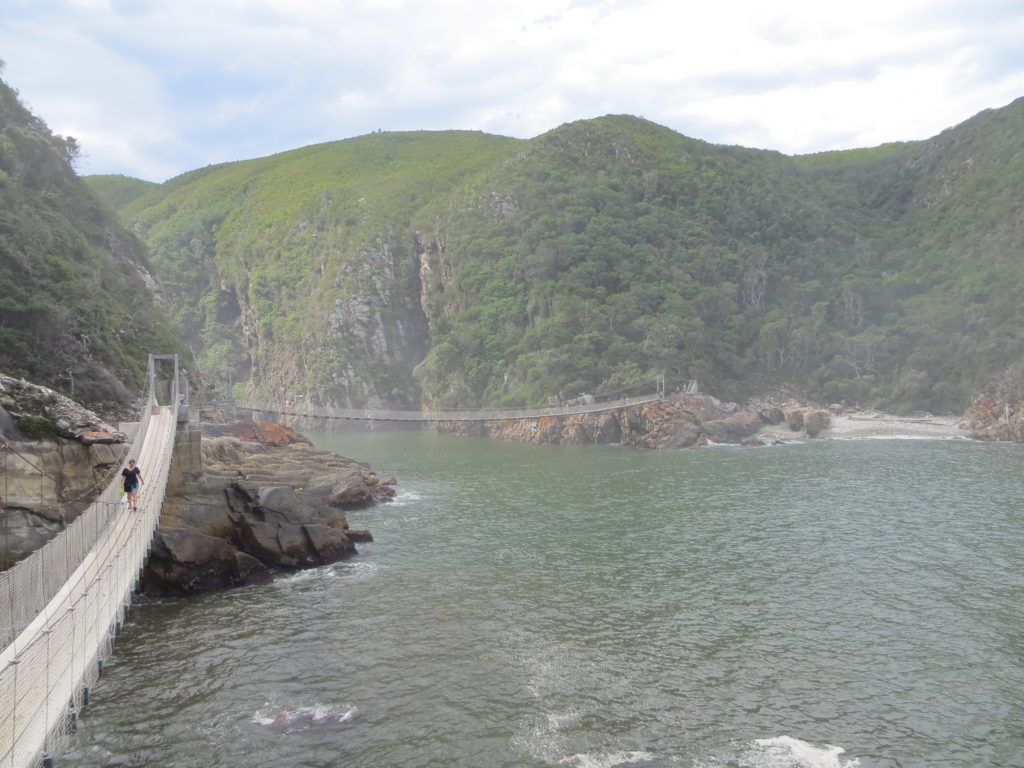 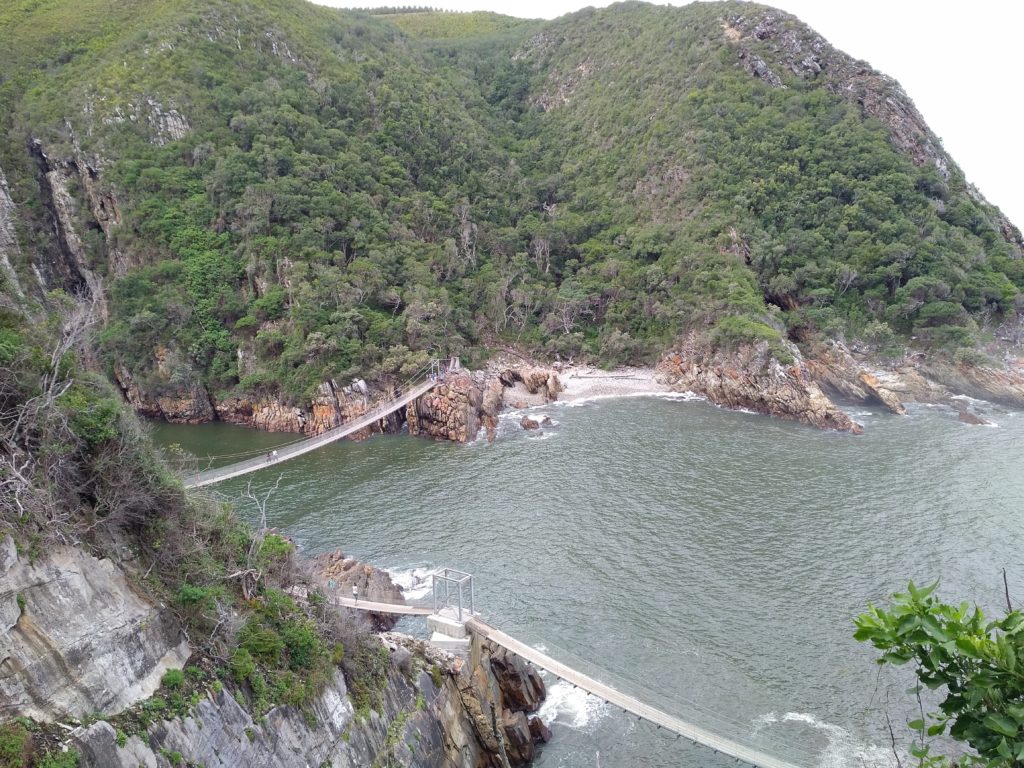 By the time we got there, the longest bridge was blocked by a family of baboons, led by an extremely large male. Except for the promising Darwin-award candidate who thought that he could goad one of the baboons from the bridge and was promptly blocked by an extra baboon who got on the bridge behind him (baboons: 1, human: -9), the humans fortunately realised that these primates were not to be trifled with. (Darwin-award candidate was spared by the baboons, and hence did not win the award, at least not on that day.)

After a few days with family in St Francis, including a barefoot run on the beach (divine, but foot muscles were toast afterwards), we drove up to the Addo elephant park, and got to spend the night at the new Nyathi rest camp.

Nyathi is one of those places that gently but forcefully makes you go completely quiet when you arrive. I believe the term “gobsmacked” (by nature) is entirely suitable.

Surrounded by hills, with grassy plain stretching out before you, families of zebra and baboons going about their business and absolutely no digital connectivity of any kind, the best you can do is let all of that beauty smash inwards through all of your senses.

Let us drink from the firehose of natural beauty!

After a substantial amount of the abovementioned smashing, a great beer is in order. My current favourite is the Nine Inch Ale, not only because it reminds me of my favourite musician OF ALL TIME FOR EVER AND EVER, but because it’s really really tasty. Also, Red Rock Brewing Company has a genius label designer. 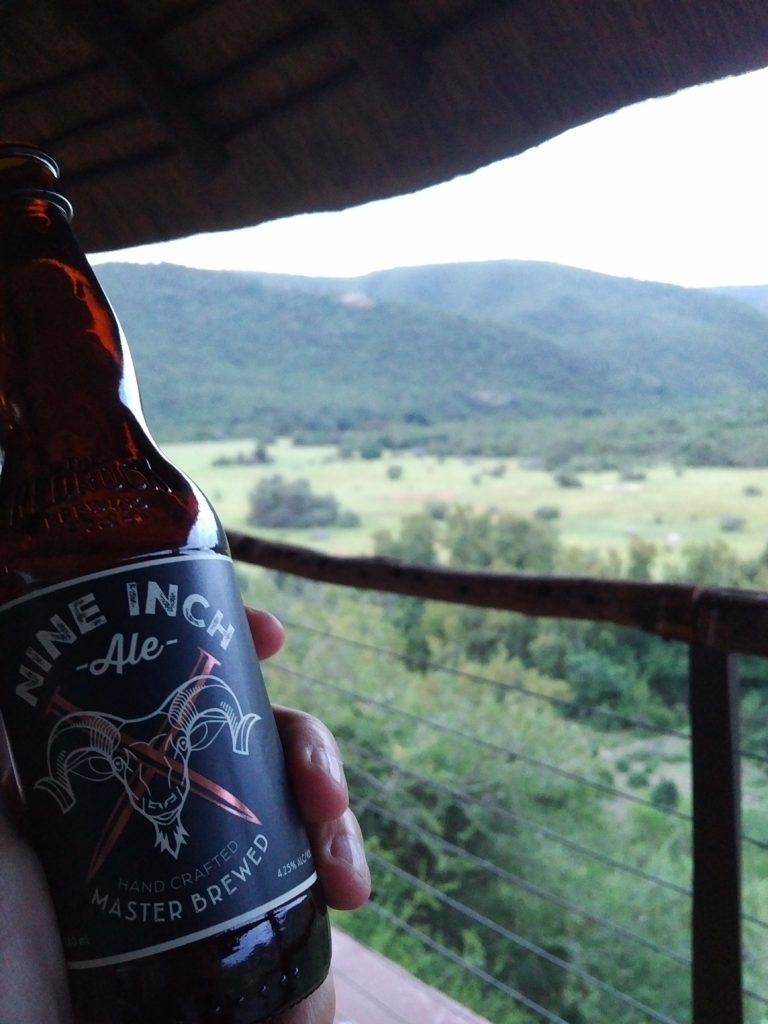 After the road trip, I tried to squeeze in as many days of work as possible before my Dutch homies arrived for the Burn… the AFRIKABURN.

With a really small crew of 6+1, this year we built and ran an official themecamp called BURNIVERSITY. The idea was to try and extract the best parts of going to university, namely the delight we experience when learning together, and to transplant them into Tankwa Town.

It took off absolutely beautifully! 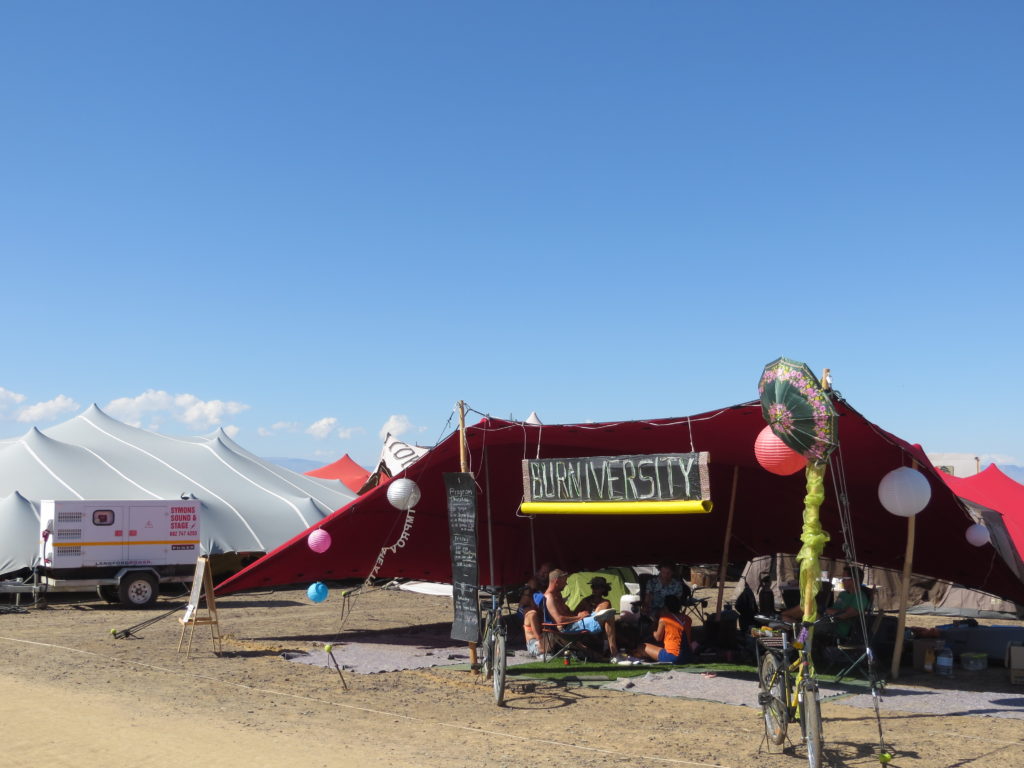 After class, the BURNIVERSITY faculty gets to chill in the shade(ish).

As the week advanced, our small stretch tent filled each morning with visitors, both coming to learn and to teach. Besides our Yoga (best at the Burn so there) and Mindfulness (I gave those, I’m secretly very happy with how they went) classes, we had new and old friends teach Improv Theatre, Jazz Singing (this blew my mind, thank you Max), Non-violent communication, Hip Hop, the Anthropology of AfrikaBurn, and more.

The quality and depth of interactions we had with Burners from all over were just phenomenal.

Together with the rest of our adventures, it feels like I spent four weeks together with my besties in the desert, not one.

Already I look back with much sweet wistfulness.

(I have the start of a more detailed AfrikaBurn post in the drafts folder. I’m still considering whether I should finish it or not. Let me know in the comments what you would like.)

There’s still some dust that surprises me every now and then, and still some equipment that needs cleaning up and returning. In the meantime, I’ve sort-of accidentally stopped reading twitter, and I’ve sort of accidentally started checking facebook even less regularly than usual.

It seems that a week of talking more than usual about Mindfulness, doing more breathing and focus exercises with others, and, most importantly, connecting fully with fellow human beings (partially thanks to complete digital disconnection), might have scrambled my brain a tad.

Have a great week peeps, I hope to see you again soon!