Welcome to this, the 156th edition of the Weekly Head Voices, voices who are planning to sing about the two weeks from Monday October 8 to Sunday October 21.

Summer has arrived, and it’s really very hot down here.

As I’m writing this at 21:41, I am doing my best to limit my motion to the absolute minimum in a bid to keep my temperature within healthy limits.

You have to imagine me sitting utterly still, almost like a chameleon on a twig, with only my fingers making small darting movements over the keyboard.

Time is fun when you’re having flies.

This morning, after losing all my karma in traffic (there was an accident on one of the main roads in my town, resulting in the normally already impressive level of stupidity of the driving mob, which I am part of, reaching hitherto unseen levels; WHEN IS THE AI GOING TO TAKE OVER PLEASE?!), I started my long road to forgiveness, and zen, by taking a barefoot run on the beach near my place of work. 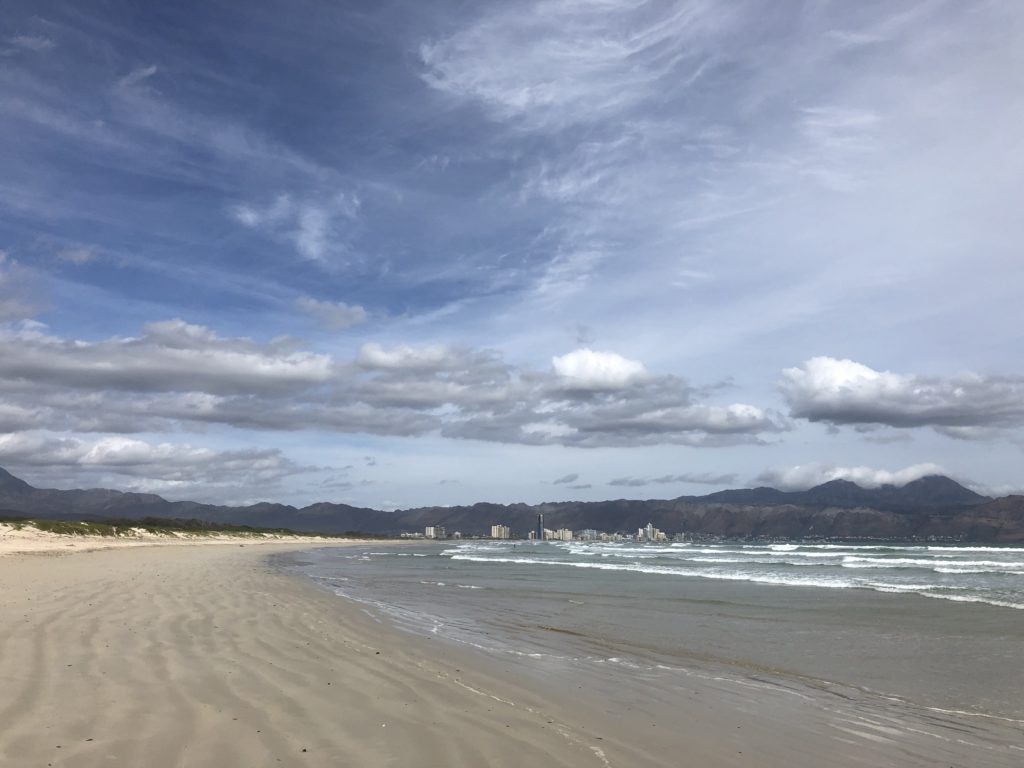 Goldilocks sand: Not too hard, not too soft, just right.

I wish I could better communicate how it felt.

Imagine the 30 Celsius morning sun on your back, a slight breeze from the sea and your bare feet rhythmically brushing the wet sand as you glide softly along the coast.

Simply keep on doing this until your body creates the stillness that your mind needs.

This is my new favourite run.

A friend from work told me about this idea of exercising at 80% of your maximum heart rate.

The idea behind this is to train your aerobic system without injuring anything, and also to be able to do so with much more volume (read: more kilometres).

Four weeks ago I tried to squeeze in too much running in the half hour I had at my disposal. Due to me being doubly stupid, I also did this in my Xero Tolerance 5mm sole sandals, and so I was rewarded with a brand new kind of pain in my posterior tibial tendon.

This is the same tendon previously mentioned on this blog, also in the context of running injuries.

However, this time I must have injured the tendon more effectively than the previous time (practice makes perfect!), because the pain seemed to be a more permanent new inhabitant of my foot.

Long story short, the suggestion of lower heart rate training came at the perfect time, with my ankle serving as a continuous and visceral (literally) reminder to keep an eye on my heart rate.

This has been going swimmingly.

I am slowly increasing my distance, but, more importantly, runs are again characterised by a whole lot of grinning.

It has not escaped me that a man running on sandals (or barefoot) with a probably fairly unpredictable-looking grin on his big hairy face could give fellow humans pause for thought.

Not exercising worse for your health than smoking, diabetes and heart disease, study reveals

Over a period of more than 20 years, 122000 people were put on a treadmill at Cleveland clinic. It turns out that exercise plays a crucial role in not dying.

Core quote: “Being unfit on a treadmill or in an exercise stress test has a worse prognosis, as far as death, than being hypertensive, being diabetic or being a current smoker”.

I’m really sorry about this one, fellow meat lovers.

This also looks like a pretty solid study. Core quote: “The new research shows that without meat and dairy consumption, global farmland use could be reduced by more than 75% – an area equivalent to the US, China, European Union and Australia combined – and still feed the world.”

(I have slowly started to work on the vegetarian recipe section of my notes.)

It is well known that we here at The Voices are huge fans of sleep.

However, now it turns out that lots of sleep is not going to cut it. You have to sleep just the right amount: Not too much and not too little.

You probably knew this, but this large study confirms it: Between 7 and 8 hours of sleep, no more and no less, is best for optimal mental performance.

Hard hitting quote: “One startling revelation was that most participants who slept four hours or less performed as if they were almost nine years older.”

Thank you for connecting with me by reading this post. I am already looking forward to our next encounter, whichever form that may take!