Does anything still work around here?

Is this thing on?

(HELLO ALL MY OTHER FRIENDS WHO ARE NOT MARK!)

It’s been 4 months since the previous post (a Weekly Head Voices), due to reasons involving work (fortunately challenging and fun), genetic offspring units but especially the youngest one who is currently developing at a frightening speed, the South African climate, and my brain suddenly starting to refuse work any later than about 19:00 every day.

My brain has good reasons I have to admit, having absorbed this Guardian interview with Matthew Walker, director of the Center for Human Sleep Science at the University of California, Berkeley. In short, the possible effects of sleeping anything less than 7 hours per night are simply terrifying. It made me, I mean my brain, really rethink its approach to grabbing-one-more-hour-from-sleep-because-this-stuff-is-really-super-interesting.

Anyhow, following the probably better and more beefy example set by my previous transition post, 2016-to-2017 that is, I thought that a new edition would be the best way to get back into slightly more regular posting.

The most popular post over here was Deep Work: A welcome kick in the butt, published on January 9, which garnered just over 20 thousand views. From there my stats went all downhill. :)

More importantly than reader stats, each post, especially the Weekly Head Voices ones, brought so much connection and satisfaction, which raises the question: Why am I not doing this more? (See my reasons above for not having posted for 4 months, I would have to guess.)

In 2017, I ran just over 800km, which, in contrast to my blogging frequency, is a nice improvement over the 440km I did in 2016. Experiment Alcohol Zero (EAZ) of February last year contributed significantly to my average distance and speed. Those gains were maintained and slightly extended in spite of EAZ concluding in March of last year.

To get an idea of what I was up to work-wise in 2017, you could consider browsing the posts I wrote on my nerd-blog during 2017.  This will give you a bad idea, but it’s probably better than no idea, if you really needed to know.

Life-wise, I might have mentioned The Weekly Head voices posts before. There aren’t that many of them for 2017, but the ones that there are, are not too bad.

Following the shining example of Dr Cheplygina, I would love to become a fully paid-up member of the True Weekly Bloggers Club.

For the past 6 months I sort of went Facebook cold turkey (because reasons, mostly to do with attention-abuse and above-mentioned time scarcity). That, in addition to my unplanned blogging hiatus, feels (yes, I have those, albeit in extremely limited quantities) like it’s caused a bit of a disconnect between me and friends around the world.

I have very recently returned to facebook via the mobile website, and only after extremely liberal application of the “unfollow” button to whittle my feed down to just the people I have a healthy connection with. This will help me te maintain connections with the friends who use that as platform.

My reciprocation will have to take the form of weekly updates on this blog. 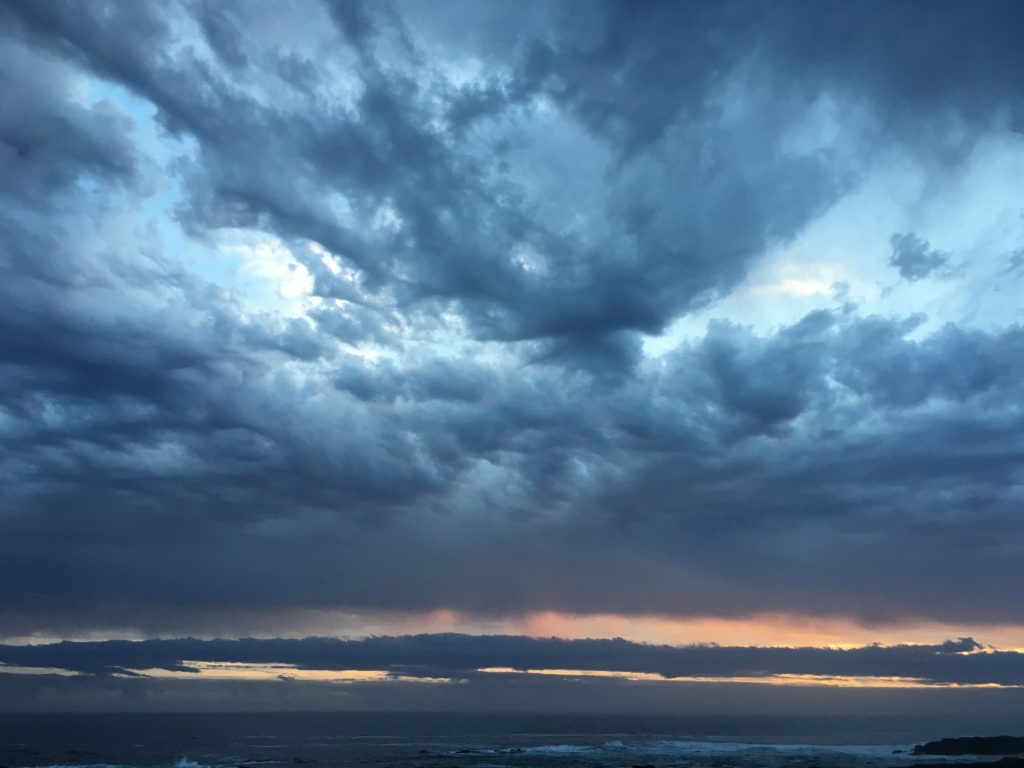 The view from our cabin at Storms River Mouth Rest Camp. 12/10 will go again.