Since yesterday (Tuesday January 3) multiple fires have been raging in my neck of the woods.

Due to the superhero firefighters and their flying machines (multiple waterbombing helicopters and fixed wing planes), the fires surrounding my specific neighbourhood (Rome Glen, Somerset West) have been brought under control. It was quite scary yesterday when we could see trees going up in flames a few hundred metres away from our house.

Late this morning there were still some flare-ups close by, but the helicopters were on the scene within minutes to waterbomb them out of existence.

Everything outside is covered in ash.

We seem to be safe now, but many other people, houses and farms are still in danger from multiple burning fires. It’s quite hot again today (30+ Celsius), but we’re hoping that the wind does not pick up like yesterday. You can follow #somersetwestfire on twitter to see the latest news.

Through all of this, the community has pulled together in a fantastic way to keep the firefighters supplied with food and drink, and to help with evacuation and even firefighting where needed.

Following are some photos and impressions of the situation.

The first is of one of the firefighting helicopters landing on the park next to my house to pack up its giant water container. Due to exceptionally strong winds and turbulence, they had to be taken offline last night. This morning they started up again. 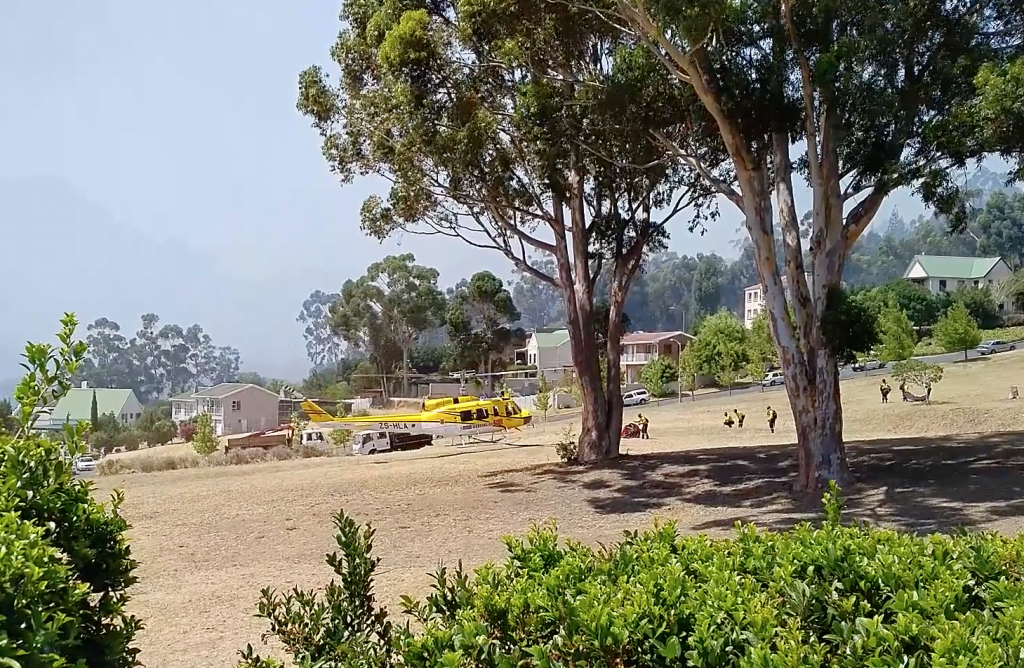 Water helicopter landing on the park next to my house.

The following is a photo taken by Bryn de Kocks of the flames near us. Please see Bryn’s blog for more brilliant impressions. 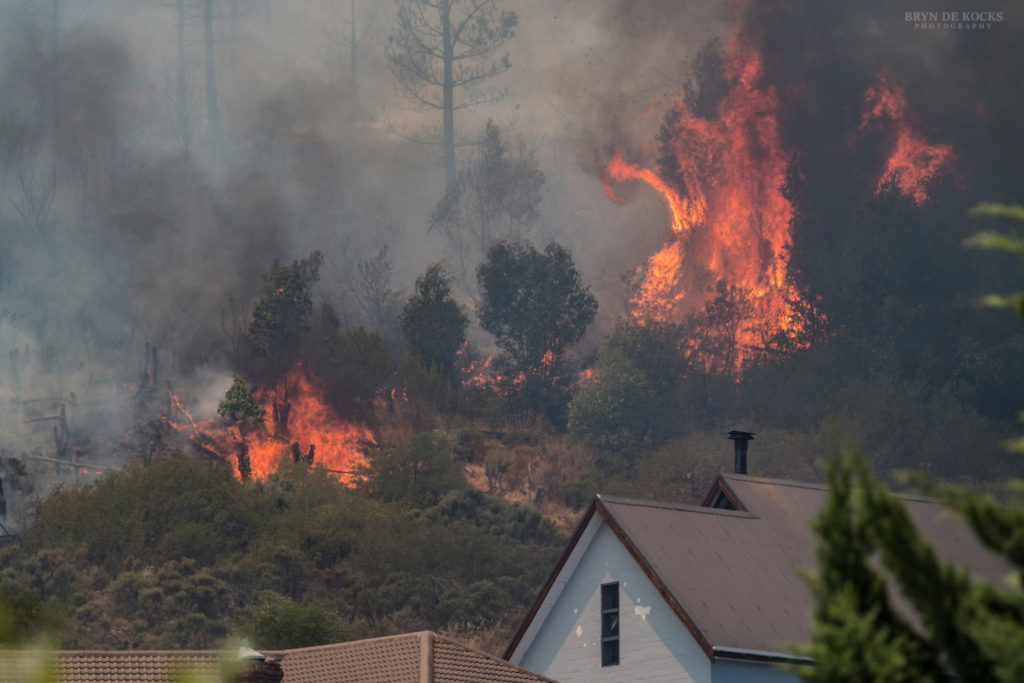 @lesterkk is an eNCA reporter covering the fire. See his tweet from yesterday with a movie showing one of the helicopters refilling from a dam close by:

A conveyor belt of helis with water buckets. #somersetwestfire pic.twitter.com/a3Lgr63IaG

The following is a beautiful photo by Sullivan Photography of helicopters refilling from the dam a kilometre from my house:

Here is a video impression of all of the activity of yesterday:

Related posts: 🌤 Back in South Africa