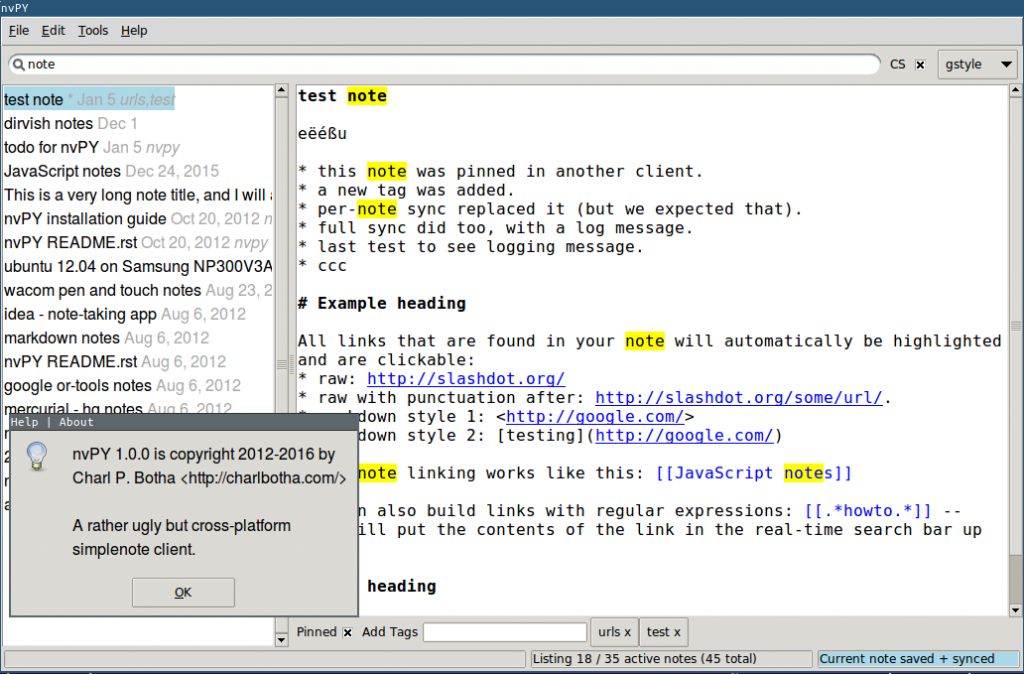 Screenshot of nvpy 1.0.0 with a demo database of notes.

Since I first released nvpy in 2012, automattic have released their own official open source desktop app for simplenote. Although the official app is prettier (it is electron-based), nvpy is faster and uses a fraction of the RAM (70MB RSS vs 1000MB+ RSS). Furthermore, nvpy’s syncing is more deterministic: You can see exactly when and how it syncs.

Personally, I use nvpy on my Linux and Mac workstations and laptops, and the official simplenote apps on my Android devices for the text-only notes I always need to be with me.

I am currently planning to write a new sqlite-based storage backend for nvpy, which should greatly speed up its interactive note-searching.