I was reminded that future me really enjoys having written these things. (Present me knows about extrapolation.) 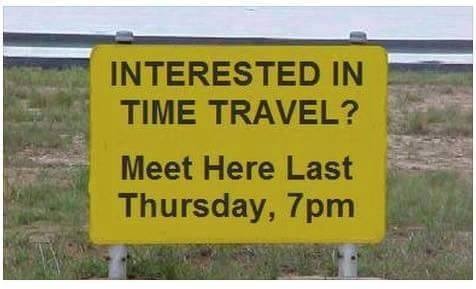 Actually present me also enjoys this, but creating sufficient amounts of time to do so is often challenging. I have most recently convinced myself that I should see this as practice so that I will later be able to write really entertaining posts in minimal time. Until then my two readers, I hope to compensate with edification.

Genetic Offspring Unit (GOU) #3, the rapidly glowing cellular mega-city that first made contact with extra-wombular (I made that up) light slightly more than three months ago, suddenly started babbling a few weeks ago. To be honest, I thought that she was going to be really quiet to compensate for the immense amount of continuous talking in my house. It turns out that her reaction has instead been one of taking this bull by the horns. SHE WILL BE HEARD. (GOU#1 and #2 are able to produce speech with an intensity that is to be heard to be believed. I have no idea where they got that from.)

Speaking of babbling, I sometimes make videos of me trying to explain nerdy programming-related tricks, and then I upload them to YouTube. My most recent creation is about using the conan.io C++ package manager to get a small SFML-based GLSL example going (that’s GPU programming). It has a soundless explosion at the end!

I came across a really interesting bit of research performed at the Vienna University of Economics and Business (WU) on how really small, seemingly inconsequential rewards, can actually ignite people’s intrinsic motivation. This is interesting exactly because it has long been thought that extrinsic rewards diminish intrinsic motivation, a phenomenon called the overjustification effect.

In the recent study by researchers at the WU, students were encouraged to do extra homework assignments. However, this was done by allocating an amount of extra credit which was perceived by the students as being trivial (this was measured in a separate study). Lo and behold, this perceived trivial extra credit still jump-started that group’s extra assignment submissions, and the students in that group then showed evidence of autonomously (intrinsically) motivated behaviour.

The researchers hypothesise that this could be due to the fact that the students being jump-started could not internally explain their behaviour on the basis of the negligible reward, and hence automatically came up with more intrinsically-oriented motivations, such as personal importance, interest or enjoyment).

South Africa is a really strange and wonderful place. I don’t write about it that much, because in that respect it is my place to be quiet here in the background. However, sometimes someone else writes something that, if you’re interested in the perspective of South Africans who’ve lived abroad for a significant amount of time, and have then returned, somewhat the wiser, because the country in their blood called them back, you really should read. Disco Pants, or rather her blog, helped me a whole lot when we had to decide whether we would be coming back or not. She has a new post out titled “On Surviving the Madness of South Africa”, and it’s a beaut.

On the topic of beauty, Flume has new album out. It’s called Skin, and it gets the highly coveted but completely unknown Weekly Head Voices Album of Right Now award! Here’s the first track to whet your appetite (or not):

Have a fun week listeners!