As hinted to in a previous post, I was on my way to Brazil.

The hint took more concrete shape with me visiting Dr. Rosane Minghim and colleagues at the Instituto de Ciências Matemáticas e de Computação (ICMC) of the Universidade de São Paulo.  One of the many perks of my job is that I get to travel (nice) and meet many exceptionally cool people (great):  The week in Brazil was an extreme example of that.  Shortly after setting foot on the South American continent for the first time, I started running into them.  A whole series of amazingly warm and engaging contacts with people that I had mostly never seen before.  Every lunch and every dinner from day one was either at someone’s house, with their family, or somewhere in the city, at a restaurant (I’ll get back to the foody bits later…), in the company of interesting and very social people.  I had many profound conversations, a healthy percentage being entirely unrelated to work.  All of this meaningful activity had a definite effect on my perception of time: By the end of the week, it felt like I had been there and known the people for much longer than possible in 7 days.  You would be correct in guessing that I’m still slightly stunned. :)

Oh yes, before I touch on the foody goodness that is Brazilian cuisine, I would like to point out that I’ve now too discovered the centre of the world.  It’s in São Carlos, and it looks almost exactly like this: 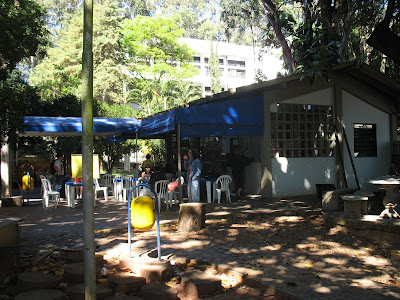 Brazil counts around 190 million inhabitants.  I’ve only seen a miniscule part of that, but what I’ve seen concerning the relationship Brazilians have with eating and drinking is simply inspiring.  In my few days there, my mouth had the pleasure of meeting with the exquisite Ms. Caipirinha (home-made ones, bar-made ones, frozen ones; I will HAVE to get more of those), numerous shots of cafezinho and other Brazilian coffee in its various delectable forms, Moqueca (twice home-made, and once on the plane!), lots of Guaraná (the kids drink it like cooldrink!), some açaí na tigela, farofa, several instances of the typical Brazilian mix of rice, beans and somehow integrated manioc, fried banana, a churrasco that brought tears of joy to my braai-attuned South African eyes and finally, the cake of all cakes, the sweetness that can make a grown man whimper: The Torta Paulista.  See it below in all its glory: 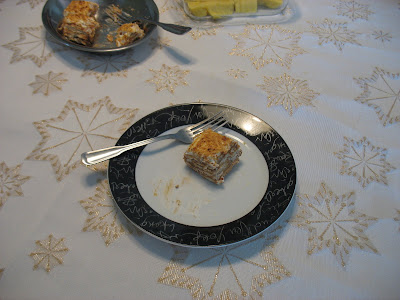 I’ll remember this week as the month I spent in Brazil making new friends and keeping my brain happily submerged in dopamine.  Via this blog post I’d also like to thank everyone that I had the singular pleasure of having contact with.  I am now officially a fan of ICMC, the USP, São Carlos and the whole of Brazil.  Sometimes generalising can be good.

In case anybody thinks that it was all work and no play, I’d like to submit the photo below as evidence to the contrary.  In it you can see my notebook on a table in the centre of the world shortly after I’d spilled coffee all over it.  It’s the perfect summary of my visit to Brazil. 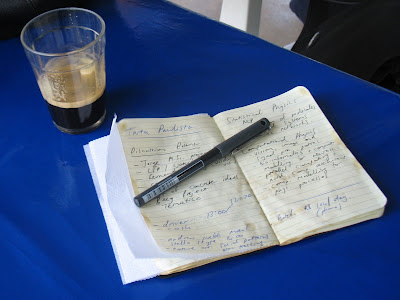