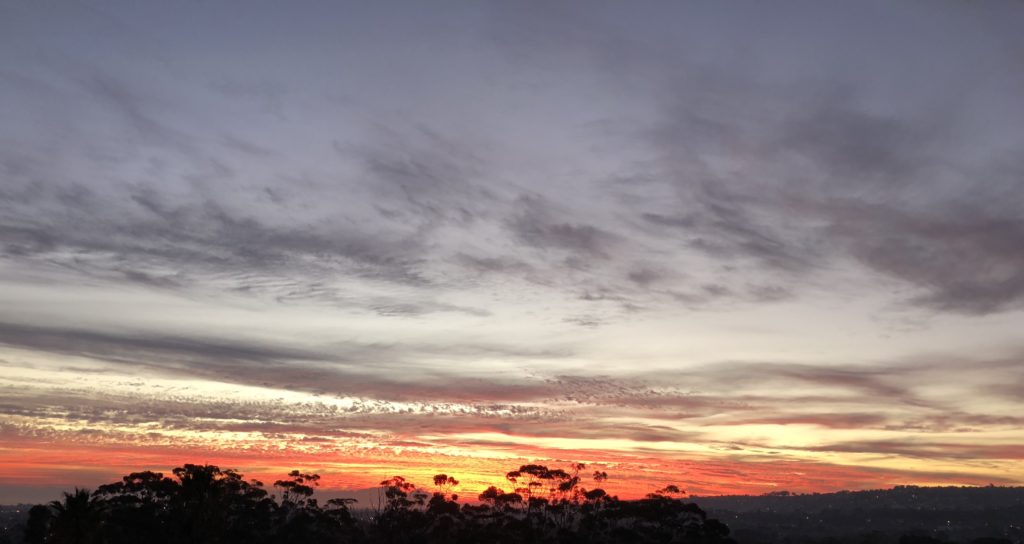 (Right after the nerd news, there’s running and backyard philosophy. You can start wherever you like.)

The Weekly Nerd News Network (WNNN) wanted to bring the following points under your attention:

In Weekly Non Nerd News (WNNN), an old friend came to visit all the way from Omaruru, an occasion which served as the happy excuse for a mini-reunion at my place.

It’s strange to think that some of the university stories we recounted are now more than 20 years ago.

In that time, humans go from birth to fully formed adult human beings with opinions, and relationships, and stories of their own.

Thank you Omaruru Friend for bringing us all back together again.

The flu and/or cold virus that managed to enter through the cracks left by my immune system being under pressure from above-mentioned celebrations caused a week-long period of man flu, a period that I was only able to conclude today with a lovely winter morning run.

As one does, I continued searching until I found evidence confirming my belief that running with some remaining flu symptoms would not be irresponsible.

What I found was even better than that!

A 2005 study titled Moderate exercise protects mice from death due to influenza virus, published in the journal Brain, Behaviour and Immunity, found that in mice that had just been infected with a real influenza (i.e. not man flu) virus, moderate exercise had an additional protective effect relative to no exercise or strenuous exercise mice. The PDF full-text can be found on the sci-hub website, or via their telegram bot (the bot is really convenient, you can find and read fulltexts on your phone!).

Thanks to the internet, and lab mice, I had confidence that I was probably not going to die due to my run.

Confirmation bias aside, or not, based on more reading it looks like moderate exercise is not the worst thing you can do during or after cold or flu. The secret is to keep it relaxed, and to keep a very close eye on your heart and your temperature.

I finally finished reading the book Mastery by George Leonard, a recommendation by LS that I am grateful for.

It can get preachy at times, but the core message is really good, and especially timeous in this era of hyper distraction.

Below is Leonard’s message, sent at least once through the old washing machine that is my brain.

Learning is a lifelong process.

More specifically, the path to mastery of any worthwhile skill usually consists of short bursts of novelty exhilaration (you often start with one of these) followed by long and seemingly boring plateaux of never-ending practice with no kick.

No kick means that many learners decide to quit, and switch to something exciting, only to repeat their cycle of not-mastery there.

If you are able to make peace with the plateaux, and keep on trudging along, you are on the path to mastery.

In a decidedly Buddhist twist, being on the path to mastery means that you are in fact an eternal learner, and you will never become a master.

The author of the book is an Aikido sensei. I especially loved the story he told of the beginners and the senseis.

When beginners practise, they ask the sensei for a new move to practice every few minutes. They try to get through as many moves as possible during their 2 hour training session.

When senseis practise, they practise the same basic move over and over for many hours, losing themselves in the universe of that single apparently straight-forward form.

From the Wikipedia page on Buddhism:

The Four Truths express the basic orientation of Buddhism: we crave and cling to impermanent states and things, which is dukkha, “incapable of satisfying” and painful. This keeps us caught in saṃsāra, the endless cycle of repeated rebirth, dukkha and dying again. But there is a way to liberation from this endless cycle to the state of nirvana, namely following the Noble Eightfold Path.

…. and finally passing through the gate of wishlessness (apranihita) – realizing that nirvana is the state of not even wishing for nirvana.

I can work with this.

Readers, I wish you wishlessness!